This has been a lonnnnnnnggggg time coming. I started work on this design in mid-December (I actually sketched it out in my idea book months before) and I FINALLY published the finished design for Glenfinnan in mid-March! There were some moments when I thought this design would never come to fruition. I’m so glad it came together in the end! 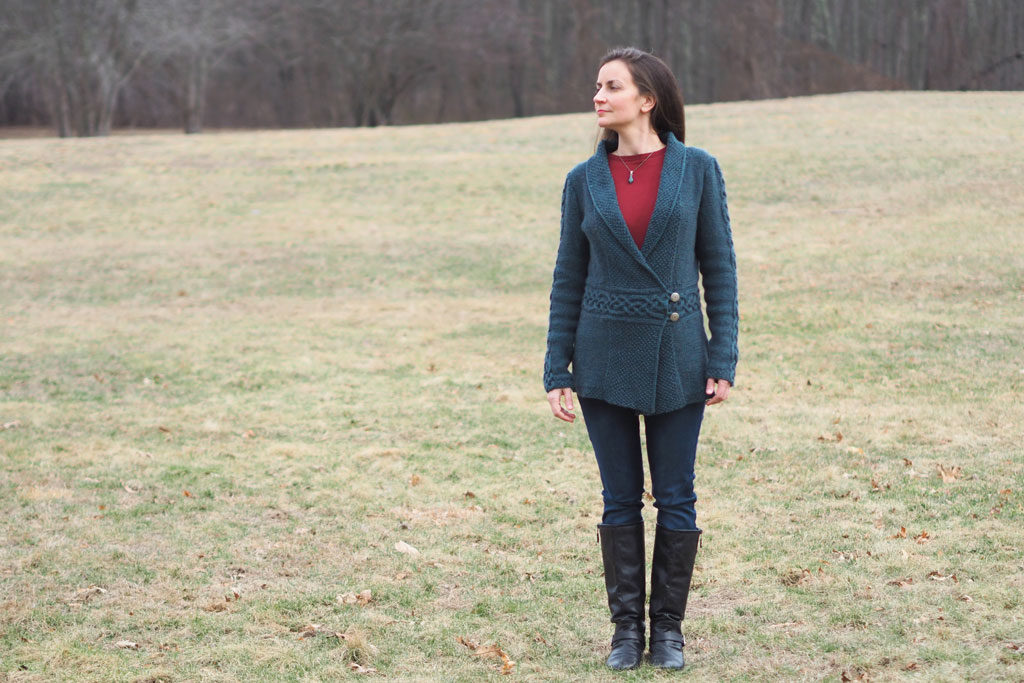 Over the next few weeks I will be posting helpful information on the construction and techniques of this design, but in this blog I wanted to feature the finished product in photos graciously shot by my mom (thanks Mom!). 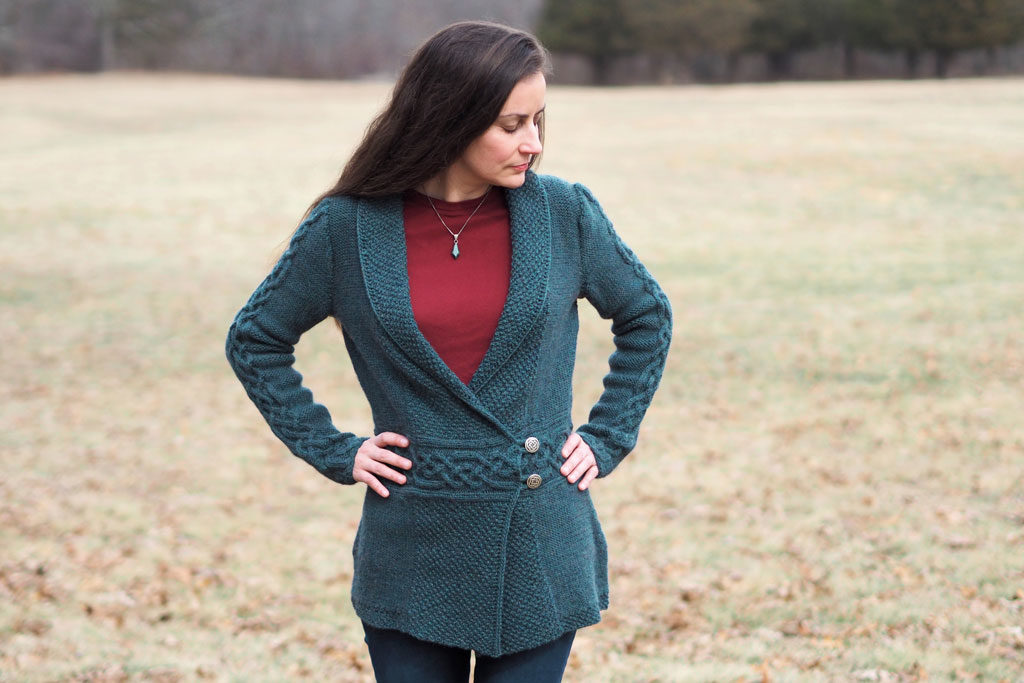 The Glenfinnan is a fitted sweater jacket with a double-breasted shawl collar and a pretzel-knot Aran cable design around the waist and up both sleeves. Reverse Stockinette on the body and sleeves draws emphasis to the lovely cable design, and the double moss stitch on the shawl collar makes it reversible and gives a bit of visual interest. The cardigan closes with two I-cord toggles and buttons at the waist. The finished product is sleek and simple and seemingly straightforward, but there are some clever structural elements throughout to make this cardigan a bit more challenging!

Where did the idea for the Glenfinnan come from? I love playing with sideways construction and cables in the middle of my designs, so I wanted to put together a cardigan with a center cabled waist band and stitches picked up along the top and bottom to create the body. But I also wanted to carry the cable across the shawl collar band as well. Since the waist band was constructed sideways to the sweater body, I figured I could pick up stitches on either side of it and continue the cable seamlessly across the collar band. It took some time, but I eventually worked out how this would be done.

The problem was that I miscalculated where the belt band should sit on the waist. So after putting together the entire sweater, I realized that everything about it was wrong. The bottom panel was too short, the upper body was too long, the waist band sat on the hips, and the whole sweater looked dumpy and AWFUL. We tried a photo shoot with it, and I cried after downloading the photos. All of that hard work, and the finished product was unusable.

So, in a typical designer’s fit of rage, I planned a bonfire for the sweater. A big one. With Savonarola-esque chants against the vanities. Of course I knew in the back of my mind that wool doesn’t really burn, but that wasn’t the point. I was mad, and this sweater was going to pay!!

Then I calmed down and recalculated all the measurements and started a new test in a larger size. The evergreen version sat in an indecorous lump in the corner, still paying its penance. But you know? I really LIKED this design, and I wanted it to work! And this discontinued colorway has been sitting in my stash for years, begging to be made into something beautiful. What a shame to let it go to waste! So after a month of glowering at it, I decided to forgive and forget and rip the whole thing to shreds and rework it to the new measurements. What a difference!

The fit was just as I’d wanted it to be, the waist band sat where it was supposed to sit, the lower body was the right length, and it was finally wearable! We ran right out and redid the photo shoot, and my faith in the creative muses was restored. 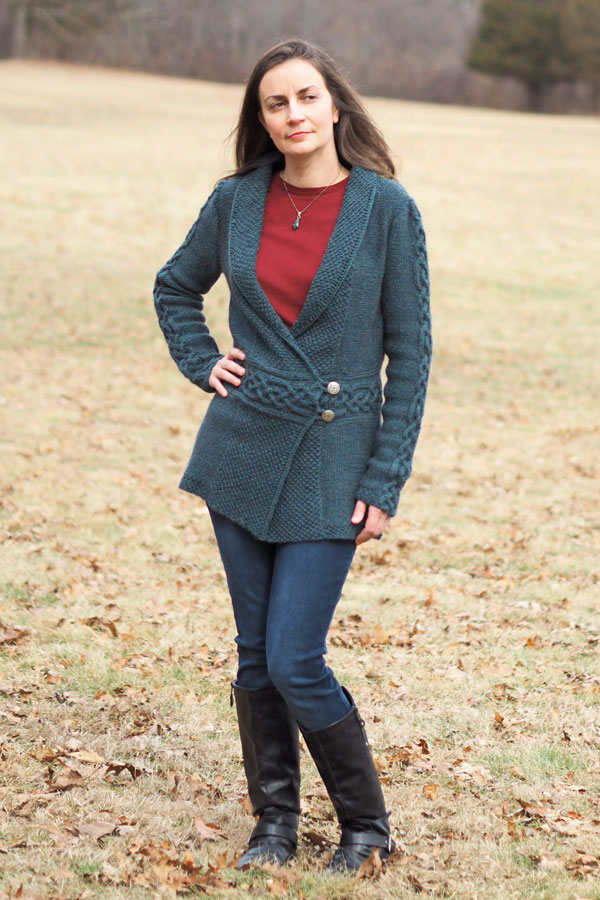 I decided on the name “Glenfinnan” because there is something quintessentially Highland about the look of the sweater – a nice mix of traditional Celtic sweater and structured jacket design. (Glenfinnan is the site where the Jacobite Rising began in 1745, when Charles Edward Stuart raised his standard here and declared himself rightful prince of Scotland.)

Look for further posts detailing the construction details of the Glenfinnan. Until then!