Ok. I know that I promised to have my Bardsea scarf pattern up and ready shortly, but another design just came together a bit more quickly. Here it is, the Saqqara Cowl! 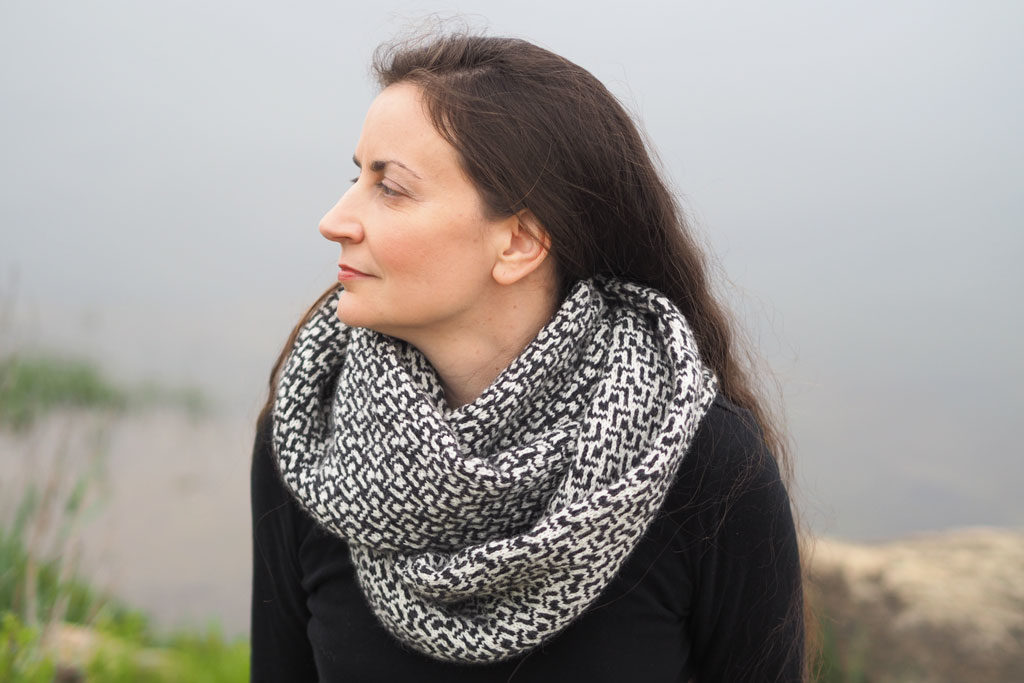 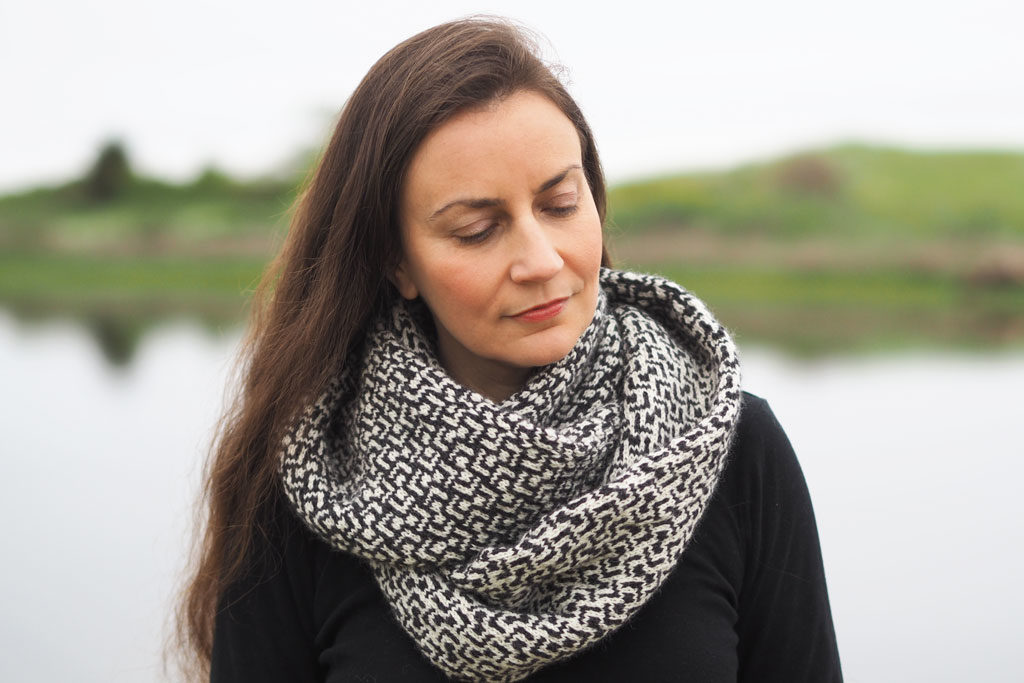 This pattern is intriguing to me, in the way each square interlocks with the squares around it. I’ve spent a good deal of time visiting archaeological ruins all over the world, and something about this pattern immediately brings to mind an archaeological site viewed from above. I couldn’t help but think of the early step pyramids at Saqqara, in Egypt, and so I’ve named the design accordingly.

This pattern is quite busy, and I wanted it to have a bit of visual (and knitting) interest beyond the repetitive geometry of the pattern, so I decided to reverse the colorways half-way around the circumference of the cowl. The shift is subtle, but it makes for a more visually intriguing garment in the end. 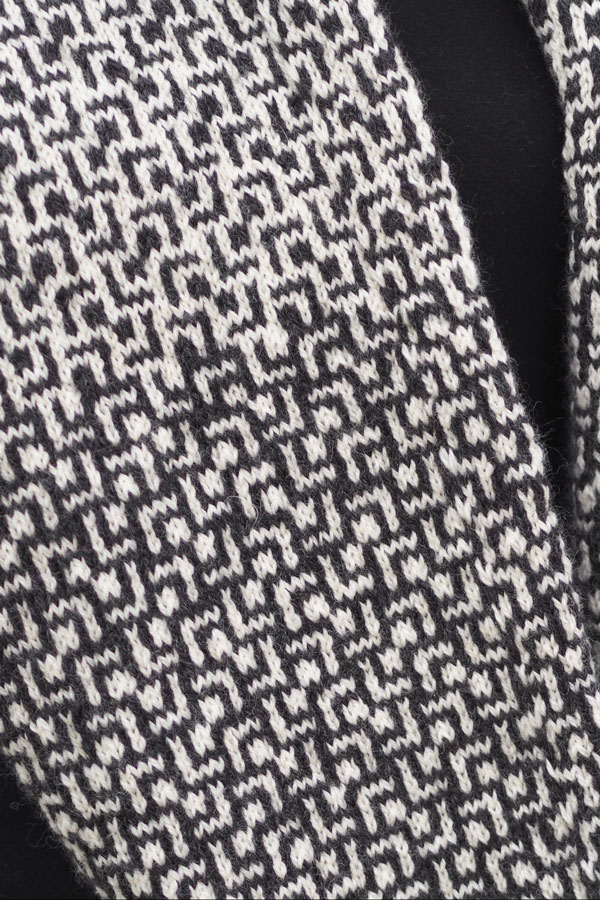 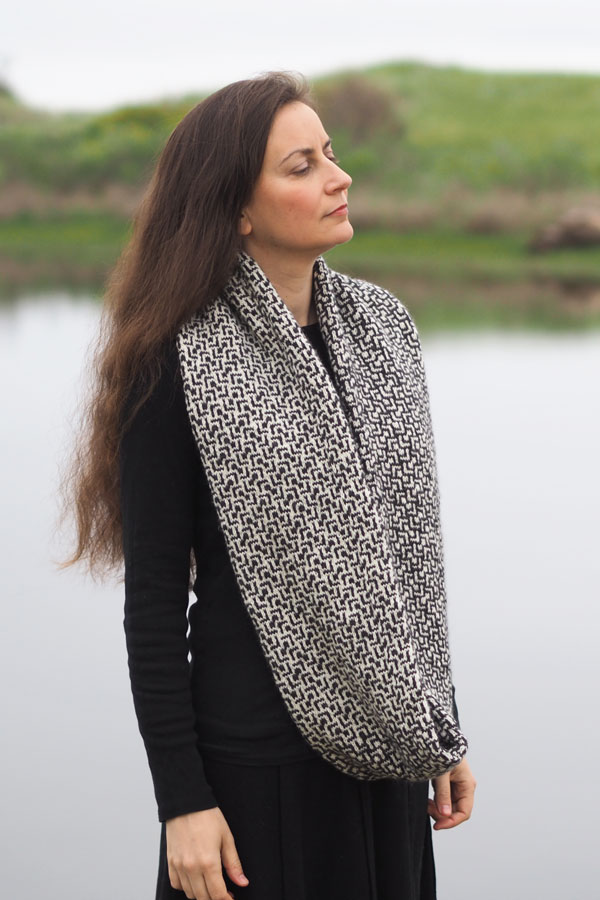 I didn’t go too wild with this design – it is one size fits most, but very easy to modify the cowl’s circumference for a child or giant, for instance. The cowl is long, and could be worn loose, but most likely would be looped once around the neck. Either way, it’s eye-catching, warm, and cozy (particularly in soft and lofty KnitPicks Palette wool, which is what I used here). It could also work so well in many different contrasting colorways, including hand-dyed/tonal yarn. I’m hoping someone will give this a try and share their project! 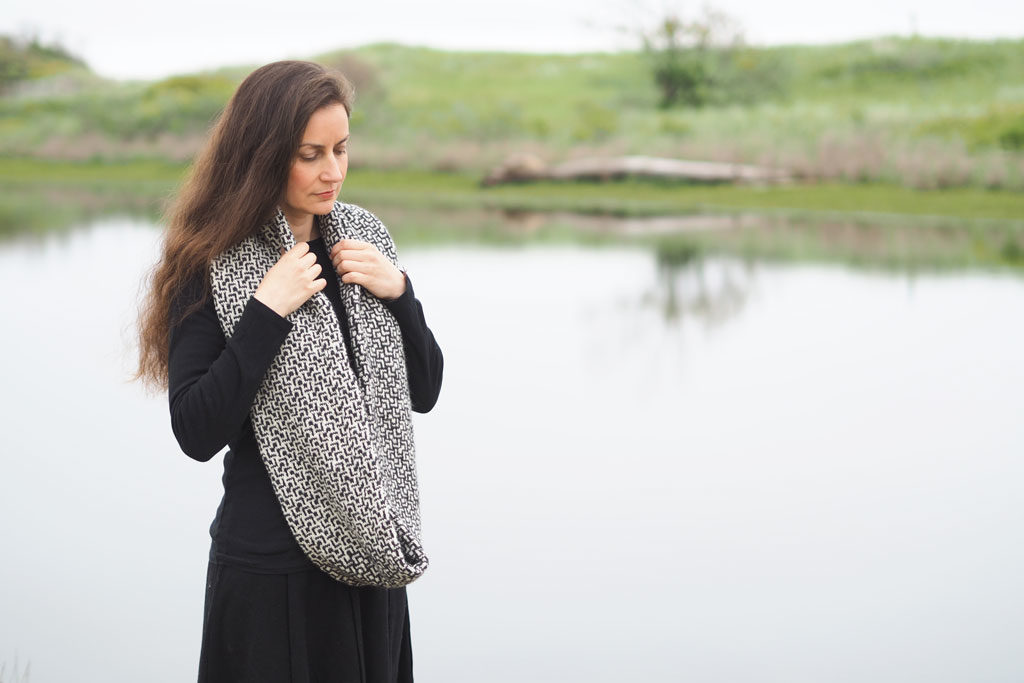 Hop on over to Ravelry to purchase the Saqqara pattern or get more information. I DO promise that Bardsea will be coming soon! 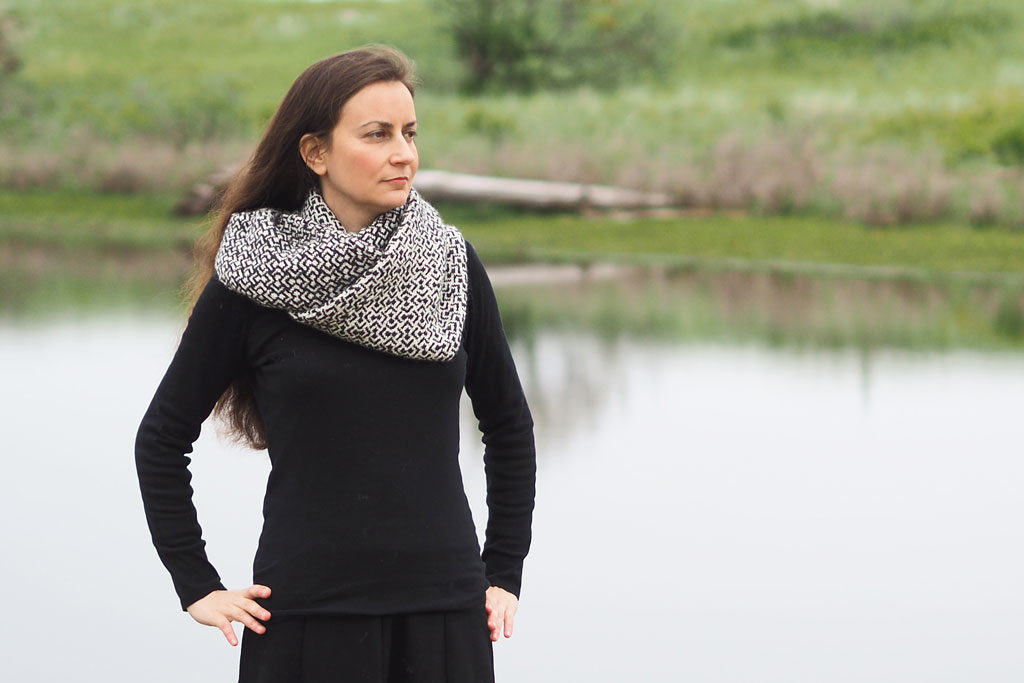