At the same time that Knit Picks put out a call for submissions for their Encircled collection of yoke sweaters, they also put out a second call for smaller stranded knitting designs. What possessed me to send in designs for both, is beyond me, but I knew I could crank out a hat design fairly quickly, so I got to work right away on the Vesterland Hat.

I wanted Vesterland to be a very traditional-looking Nordic toque, with a band of snowflake pattern and a separate crown pattern. To make it my own, I decided to put together some unexpected color combinations. After messing around a bit with our sock yarn stash, I finally came up with these four colorways:

The most difficult part of the design was working out a way to move from the snowflake band to the crown design. Even though these two elements are quite separate, both in color and in pattern, I wanted the “pointed star” to match up well with the snowflake repeats in the band. So I began hand-charting some ideas within the given amount of stitches, and worked out the decreases so the crown would maintain its “star points.” I tried out a sample of a more elaborate idea, and was unhappy with the look. So I scrapped the first crown and tried a simpler pattern. I was much happier with the final crown design.

I finished the hem and the hat was complete, but I felt that it needed just one extra touch to tie together the snowflake band and the crown. I decided to add a very traditional tassel, in order to bring the first two colorways up to the top of the crown.

I was really pleased with the final look of the Vesterland Hat! The busy patterns are actually quite simple, and the finishing work is not daunting, either. It has a traditional feel, but the unusual colors make it quite unique.

I love that the hat can be made in any number of color combinations, from muted to crazy. I tested the adult large size in darker, more muted colors:

My mom was kind enough to test the child size, and we went all out with bright fun colors on that one: 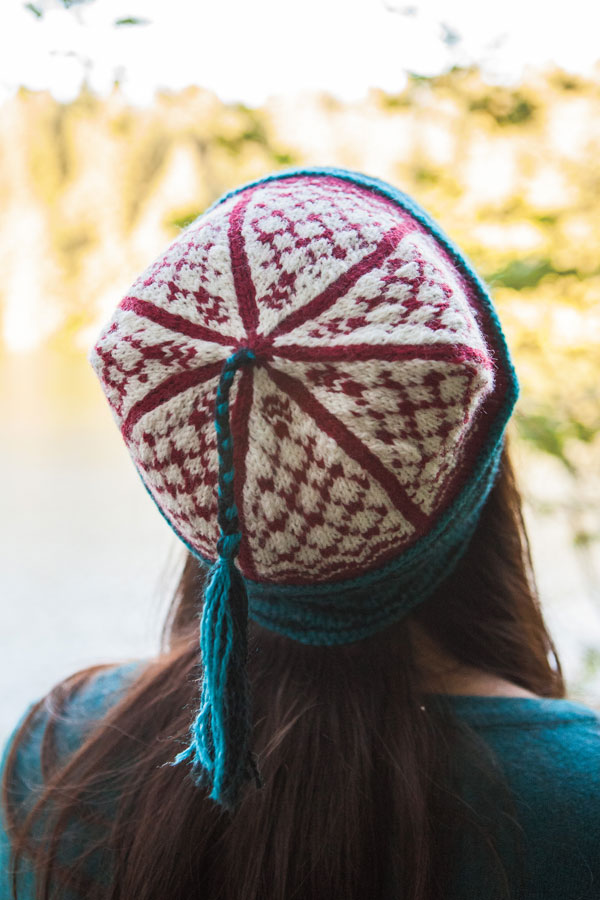 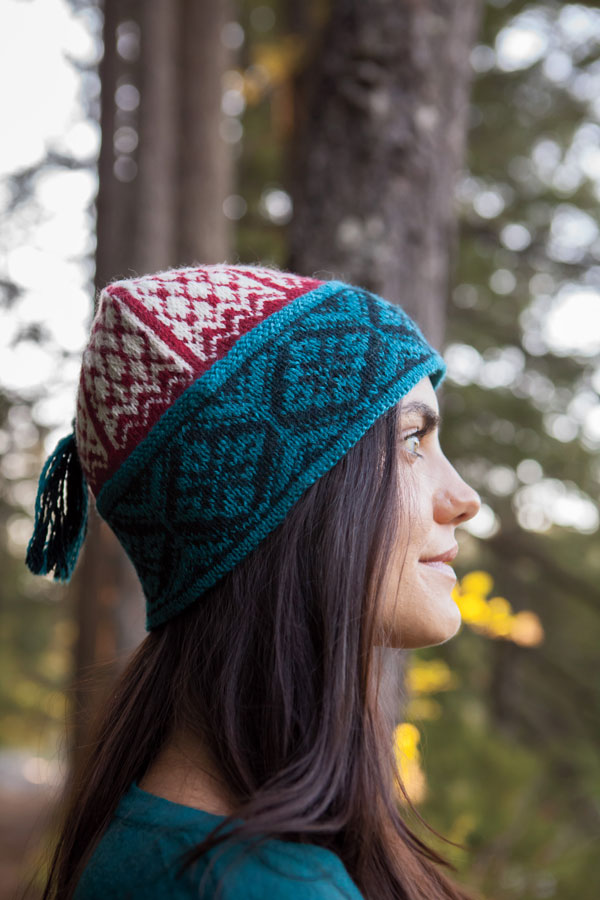 The Strands of Color collection was released on September 7, 2017. It is a beautiful collection of small garments and accessories, all featuring stranded knitting designs. I’m excited to try out a few of them myself, and I’m really happy to have my Vesterland Hat included in the collection!