About a year ago, I posted a picture on Facebook of a child’s sweater with a whale pattern around the yoke. The design came from a book of old favorites, and my mom had knitted the sweater for a family friend. A short while later, an Italian friend posted a comment on the photo, asking how I would translate “whale yoke sweater” into Italian. And I had to admit I had no idea!

In my non-knitting life I do many other things, some of which include teaching courses on medieval Italian literature and working as a translator (Italian to English) of academic texts. Over time, I have become adept at discussing hapax legomena in Dante’s work and translating lengthy treatises on Heideggerian philosophy from Italian to English, but basic knitting terminology? No clue! Anyone who has read through a knitting pattern knows very well that knitting has its own kind of language – a coded language, a secret language – which must be learned and practiced before one can become fluent. Here is an example “sentence” from one of my patterns: “2/2 RPC, 2/2 LPC, P1, K2, P2, K2, P1, 2/2 RPC, 2/2 LPC, 2/2 RPC, 2/2 LPC, P1, K2, P2, K2, P1, 2/2 RPC, 2/2 LPC.” Does this make sense to you? No? Then you’ll need to practice your knittingese!

My friend’s question about the yoke sweater got me thinking. Since I spend a good deal of time translating in my non-knitting life, wouldn’t it be an interesting exercise to translate one of my knitting patterns into Italian? I love a challenge, especially a linguistic challenge, but this wouldn’t be as simple as it seems. First of all, I was unfamiliar with knitting terminology in Italian. I’ve never worked from an Italian pattern. I wasn’t even sure how to say “pattern” or “stitch”! These aren’t words I use on a regular basis, either in my teaching or in my academic translating. Second, because knitting has its own special language, in both English and Italian, it adds another two layers of translation to the process. First I’d have to translate “knitting English” into “standard English,” then figure out how to translate into “standard Italian,” then translate that once again into “knitting Italian.” PHEW! That’s a lot. Even though I love a challenge, this one would require time and commitment, and I hadn’t much of either to spare. So I put the idea on the back burner.

Then COVID hit, and I found myself, miraculously, with a little more time than usual. And the idea of the knitting translation popped back into my head. I decided to give it a go!

I chose one of my simplest and most popular designs, the Cowl’s Meow. The design relies heavily on charts, and the written portion of the pattern is not particularly long. So I gave it a go.

Here is what I did: first, I downloaded some free Italian patterns from Ravelry so that I could look at the basic terminology used. I also found some direct English to Italian lists of knitting terms. With these tools, I was able to translate at least the basic portions of my pattern. However, I was stumped on several aspects. First of all, Italy does not use the same system of yarn weights used here in the US. “Worsted,” “fingering,” etc. have very little meaning, as the Italian system is based on the yarn’s ideal gauge on a particular size needle. How to tackle this untranslatable difference?

Second, I was unable to find translations for more complicated techniques, such as Kitchener stitch and provisional cast-on, in my basic free pattern downloads. For these more complicated procedures, I headed to Youtube, which turned out to be an invaluable resource for understanding how to “talk” about knitting in Italian. I watched many basic “how to” videos in Italian to get a better sense of how knitting terminology is used and explained.

Third, I discovered that there are certain knitting terms in English which have been adopted into Italian and do not seem to have a proper (or in-use) translation. Stranded and double-face are two examples of English terms regularly used in Italian. There is an ongoing debate about the overuse (and sometimes misuse) of English words in the Italian language, and I won’t get into the politics of language purity here, but I do try my best to use Italian terms wherever possible, in case a reader is completely unfamiliar with the English language. But these terms I chose to keep in English, since they seem to be “standard” in Italian knittingese.

Finally, after I had completed a draft of my pattern in Italian and revised it several times, I had to rely on the generosity of two native-speaker friends to work out the final kinks. Translators, for the most part, tend to work from their second language into their first language, in which they feel most confident with the linguistic subtleties. Here I was doing the opposite, and I wanted to make sure I hadn’t said something utterly stupid in Italian! Thankfully I have some wonderful friends and colleagues who were willing to read through and suggest some changes. 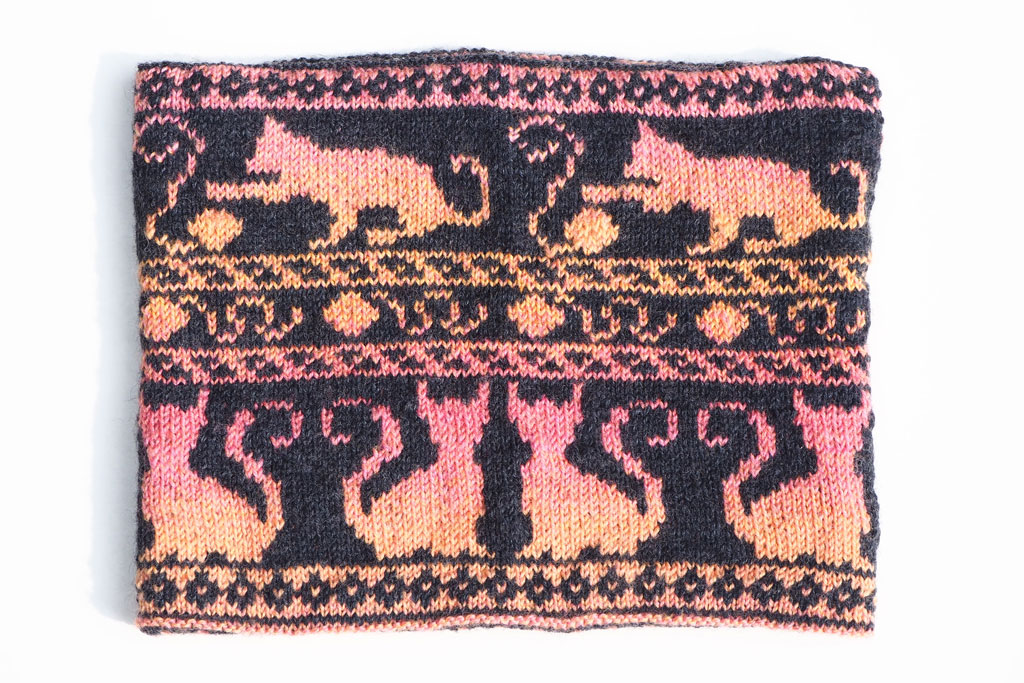 This translation project has been quite a challenge, just as I had expected! Nevertheless, I’ve learned so much from this exercise. And as with any language, it gets easier with practice! Now that I know the basic terms and how to talk about them in Italian, I think my next pattern translation will go much more smoothly. My goal is to get at least some of my simpler and better-selling patterns into Italian, so that I can reach out to knitters in yet another community. Little by little, I’ll get there!

My Cowl’s Meow reversible neckwarmer pattern is now available for download in English and Italian on Ravelry. 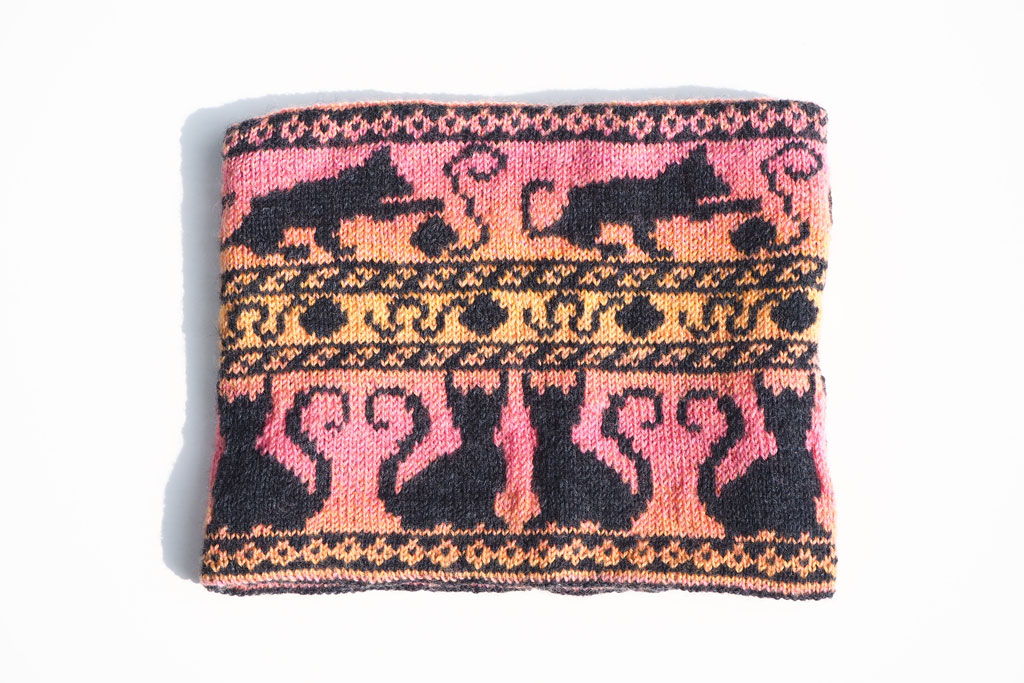